Penguin ectoparasites of the Southern Hemisphere 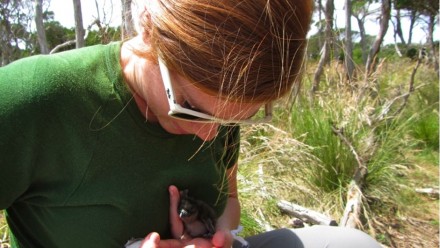 This projest will investigate the taxonomy, genetic diversity and population connectivity of Little Blue Penguin (Eudyptula minor) and Shearwater (Puffinus griseus) hard ticks (Ixodes sp.). It will use seabird tick samples from the ANIC collection at CSIRO as well as new samples from seabird colonies around Australia and New Zealand in order to investigate distribution-wide patterns of penguin tick diversity, and to help resolve ongoing taxonomic issues within the genus.
Previous work (Moon's honours project) investigated connectivity among four geographically disparate Little Blue Penguin tick populations in south-eastern Australia (NSW and VIC) and New Zealand, using mitochondrial markers. Results indicated divergence between Australian and New Zealand populations, but recent gene flow between New South Wales and Victorian populations. Results also suggest that at least one unrecognised species may be present. Given the limitations of the conserved markers used (COI and 16S) and little taxonomic expertise, the study was unable to resolve whether or not connectivity among populations was historic or ongoing, and whether the two major clades represent new species.
The current study now aims to use Single Nucleotide Polymorphism (SNP) data generated by ‘next-generation’ sequencing (NGS) techniques to address these issues. Specifically, it will test if:
The study will be the first to use genetic data to resolve taxonomic issues in Australasian seabird ticks. There are currently no tick taxonomists in Australia, and the last scientist to undertake large scale research on Australasian tick taxonomy was unfortunately unable to finish his main work (Roberts 1970), leaving many unresolved questions. The use of identified species from the ANIC collection in combination with phylogeographic data and acarid taxonomic expertise (provided by Dr Bruce Halliday, CSIRO) will allow resolution of species boundaries in Australasian seabird Ixodes. Samples from multiple sites (both from ANIC, and new samples) will also allow me to carry out phylogeographic research. This study forms part of my PhD on the phylogeography of penguin ectoparasites in the Southern Hemisphere.

The most direct application of this study is related to the dispersal capability of parasites affecting the health and sustainability of a group of birds with high conservation status both locally and globally. Given the charismatic nature of the host species, and increasing indications that climate change is already affecting parasite numbers and prevalence, this study has strong potential to influence public policy.

This project aims to reconstruct the historical patterns of species movement, colonization, extinction and speciation within the Little Blue Penguin-tick system. Using this information, the broader study also aims to understand the potential of evolutionary processes, specifically dispersal, to influence the outcomes of environmental change on vulnerable systems. This information is of direct use to local conservation efforts, as tick loads have been identified as negatively impacting the host in a number of ways. These include delays in chick growth, blood loss leading to anaemia, injection of toxins that lead to paralysis of the host and, in cases of hyperinfestation, high tick loads may cause chick mortality (Frenot et al. 2001; Heath 2006; McCoy et al. 2002). Therefore, this study, which will investigate the dispersal capacity of the parasite with its host, is of high conservation significance.