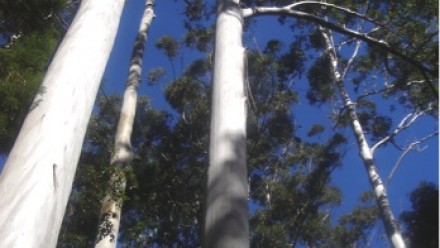 On no other continent does a single group of plants dominate the landscape as eucalypts do in Australia. There are over 800 species of eucalypts (Eucalyptus, Corymbia and Angophora), most of which are found in the Eucalyptus subgenus Symphyomyrtus.

Natural hybridisation events occur frequently within subgenera and it is believed that a large proportion of today’s species originated from hybridisation. This greatly complicates both the taxonomy and ecological understanding of these important plants.

Molecular phylogenies based on single or a few loci have been able to create good separation at the section and series levels within series. However, they have not been able to resolve the species. This is due to either hybridization and/or incomplete lineage sorting and can be overcome by the use of a larger number of loci.

Tasmanian blue gum (Eucalyptus globulus) is an important hardwood plantation species in Australia and other temperate regions around the world. It belongs to a species complex, which in the past included four subspecies, but is now divided into four separate species (E. globulus, E. pseudoglobulus, E. bicostata and E. maidenii). Their geographic distribution overlaps and the species limits are not clear.

This project aims to determine the evolutionary pathway of the 21 species in the series globulares, resolve past hybridisation events, and for the first time produce a resolved phylogeny of a Eucalyptus series.

We will sequence reduced genomes from 84 samples of 21 species from the Eucalyptus series globulares, with additional 12 samples from species selected as outgroups. Multiple individuals per species are required to ensure that each species phylogenetic position has been fully resolved.

This pilot study will serve as a proof of concept for our methods and will greatly enhance our understanding of Eucalyptus speciation. It will also be the first step to a complete Eucalyptus phylogeny.