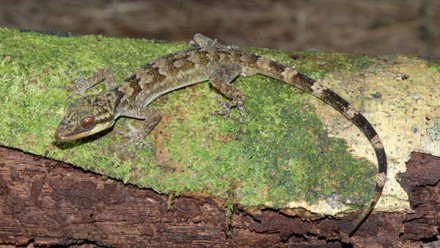 The biotas of Australia and New Guinea are intimately linked, but have experienced markedly different environments, especially since the Miocene. Australia has been relatively stable tectonically, flat and increasingly dry. New Guinea’s extremely variable topography, on the other hand, reflects its remarkably complex tectonic and orographic history and generally varies from wet to very wet.

This project will leverage existing phylogenetic and distributional data to develop and trial data frameworks that will allow us to begin to redress this major gap in our understanding.

Specifically, we will collate and curate spatial data for selected groups of organisms from New Guinea that meet all or most of the following criteria:

We will use this data to map biodiversity across New Guinea.  The initial focus will be on species diversity, phylogenetic diversity and phylogenetic beta diversity. This will generate a first assessment of diversity and biological regions using measures which tend to be more robust to geographic sampling gaps and incorporate genetic relatedness within and between taxa. We expect further analyses of endemism and modelled turnover to follow if data quality is sufficient.

Candidate taxa that we have already identified that satisfy key criteria include:

This project is the early stage in an exploratory analysis - identifying key gaps and improving our understanding of fundamental patterns. It is an important and necessary first step for understanding biodiversity in New Guinea. However, there are also underlying hypotheses about how environmental variation and geological history shape diversity.

Key questions include: a) is the underlying, fragmentary geology of New Guinea (e.g. the Papuan Peninsula, Australian Plate, the northern terranes) reflected in in current patterns of diversity; and b) are montane areas hotspots of neoendemism, and C) and do major river systems in the lowlands function as important barriers to dispersal? This project will test methods for linking spatial data with phylogenies, and is also the first step in effectively addressing these questions.

The project will provide the framework for the first phylogenetically based analyses of how biodiversity is distributed in New Guinea. It will identify areas that may have acted as reservoirs of diversity (most likely the lowlands) but potentially also pumps of new diversity (most likely the recently uplifted highlands). This will improve our understanding of how climatic change has shaped diversity and identify key hotspots of biodiversity for improved conservation planning.