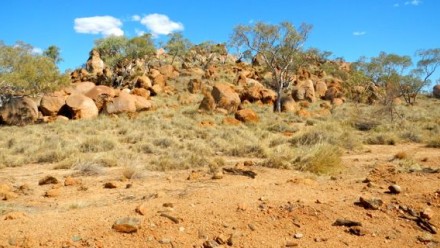 How will climate change influence the structure, function and composition of future ecosystems?

Considerable anecdotal and experimental evidence exists for thresholds in individual species and ecosystem responses to regimes of climate and extremes of weather. State changes in ecosystems have occurred in the past as a result of significant disturbance events mediated by flood, drought, damaging winds, frosts, fires, and so forth. While ecosystems may cycle through various stable states in response to known disturbance regimes, future regimes are expected to result in transformational change when climatic extremes and variability exceed the individual capacities of species to respond. While considerable knowledge exists across a range of biological disciplines, it has not been consolidated into a series of testable hypotheses across different levels of organisation: genes, populations, species, and ecosystems; for different biological groups (flora and fauna in terrestrial, freshwater and marine realms).
We propose a review of the evidence for rapid and transformational shifts in ecosystems associated with climatic regimes and weather extremes and to explicitly link this with knowledge of ecophysiological cues and thresholds in plant and animal responses. A series of testable propositions will be developed that link climatic regimes (magnitude, duration, frequency and seasonality), climate variability and weather extremes to changes in species survivability and ecosystem states. The propositions will be designed to consolidate scientific understanding and to initiate collaborative research into the spatial and temporal determinants of ecosystem patterns and ecosystem change.
To address this question through scientific review, we propose to host a series of 2-3 writing workshops over 12-18 months with invited participants to help draw together the evidence from the literature and provide anecdotal case studies where appropriate. The core writing group would comprise 3-4 individuals who coordinate up to 8 other collaborators. Where practical, the makeup of the working group will follow NCEAS recommendations for success. Future research may include the development of spatio-temporal indices based on those propositions suited to testing using correlative models of species and ecosystem properties, and then projected using future scenarios of climate change. With this future opportunity in mind, the collaborating group includes climate and statistical scientists. For example, the 1km gridded daily historical daily weather for Australia recently developed by Hutchinson and co-workers (to be delivered via TERN in 2013), would provide a basis for developing spatio-temporal indices for exploration of ecological responses to historical climatic regimes.
This research will shed light on the influence of climatic regimes, extremes and variability on expected levels of ecosystem change into the future, with implications for conservation of biodiversity, ecosystem services and regional livelihoods.
A one-day scoping workshop was held at ANU on 29 April 2014 to initiate collaborative research around a series of core topics aimed at the development of climate variables that better reflect thresholds for bio- and agro-ecosystems.
Invited participants:
Climate change and adaptation