» News & events » Events » How far can genes travel in the living world?

How far can genes travel in the living world? 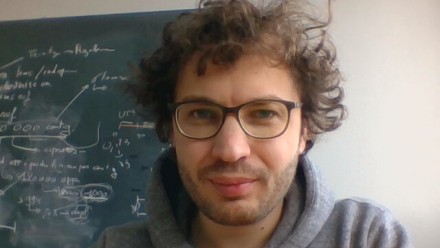 Hybrid zones between species represent unique natural experiments where genomes that have evolved separately, under different constraints, are combined. The evolutionary consequences of such hybridisation are multiple, depending on the forces at work, ranging from strong differentiation to accelerated genetic introgression. Recent advances in both population genomics and inferential statistics have led to a better understanding of the variation of these events across genomes, revealing strong genomic heterogeneity of introgression. Why are some genes exchanged and not others? Are they frequent or rare? And to what degree of divergence can two different species still exchange genetic material? To date, demographic reconstructions have been carried out for a few dozen living species, based on genomic data.

The aim of this presentation is to try to provide some insights from such population genomics efforts. First, to try to understand whether there is a general pattern to the speciation process. In a second instance, particular histories of travelling genes will be presented.

Camille Roux was born in Étretat, France in 1983. He obtained a master's degree in plant biochemistry in 2007 at the University of Paris-Saclay, and then caught the evolutionary virus during a PhD in Lille with Xavier Vekemans and Vincent Castric to study speciation within the genus Arabidopsis. Then, a first post-doc in Sète with Nicolas Bierne and Nicolas Galtier to study genetic exchanges in the Mytilus mussel, and in Ciona intestinalis. A second post-doc in Lausanne with John Pannell to study sex determinism and polyploidy in Mercurialis. Since 2017, he is a prime investigator at the CNRS, in Lille, working on computational methods to analyse genomic variations of introgression during the process of speciation.